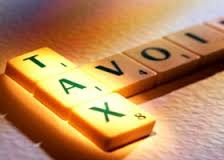 Tax evasion is another class of fraudulent acts against the government, typically involving false claims or concealed information. Tax evasion refers to any fraudulent actions that a taxpayer commits to avoid reporting or paying his taxes. Tax evasion should not be confused with tax avoidance. Tax avoidance is a legal means of lowering one’s tax bill by using applicable tax provisions. The intent of the taxpayer to wrongly file a tax return or provide other false tax information will determine the difference between tax evasion and tax avoidance.
To qualify as tax evasion, most jurisdictions require a wilful attempt to evade or defeat the tax in an unlawful manner. For the purposes of tax law, a good faith or legitimate misunderstanding of the law based on the law’s complexity typically negates wilfulness (the voluntary, intentional violation of a known legal duty). However, courts might find that a person’s misunderstanding of the law was unreasonable and still find wilfulness. Wilfulness can be inferred from conducts such as:
Tax evasion often transcends national boundaries due to the investigative and jurisdictional limits countries for revenue authorities. Often, tax evasion is accomplished through tax shelters, tax havens, and secrecy jurisdictions. Tax shelters are investments that are designed to yield a tax benefit to the investor. Such investments are made to produce tax write-offs, generate deductions, or convert ordinary income into capital gains taxed at a lower rate. Tax shelters might be legal or illegal; they are generally aimed at avoidance, although they might, on occasion, cross the line into evasion if they take abusive forms. An abusive shelter is one that involves artificial transactions with little or no economic reality. For example, abusive tax shelters might artificially inflate the value of donations to charity; falsely identify an asset for business use that is mainly intended for pleasure; claim excess depreciation or depletion; or engage in the cross-leasing of luxury items such as automobiles, boats, vacation homes, and aircrafts.
In contrast, tax havens are countries that offer favourable tax treatment to investments. Tax havens might be legal or illegal, depending on the nationality and the residence of the individual and the tax code of the country where the activity takes place.
There are many different types of tax evasion schemes, and they will vary depending on what kinds of taxes exist in the jurisdiction. Some common types of tax evasion schemes include:
Often, individuals try to skirt their tax responsibilities by hiding their assets abroad in secrecy jurisdictions. A secrecy jurisdiction is a country that has enacted laws that afford financial secrecy. Such jurisdictions may provide financial secrecy through domestic bank secrecy laws that bar insight by outsiders or through blocking statutes that prevent the disclosure, copying, inspection, or removal of documents located in the host country. Moreover, in some secrecy jurisdictions, legal depositions may not be taken on national territory in connection with judicial proceedings being undertaken abroad. Secrecy jurisdictions are often relatively small countries whose customers are largely foreign persons.

Famous Tax Evasion Schemes that People Are Actually Trying Unknown 2016-09-14T20:52:00+01:00 5.0 stars based on 35 Review     Tax evasion is another class of fraudulent acts against the government, typically involving false claims or concealed informat...