The general elements of a bankruptcy fraud schemes 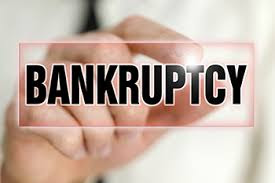 The most common type of bankruptcy fraud schemes involves the concealment of assets rightfully belonging to the debtor’s estate to avoid forfeiting the assets in bankruptcy. In these schemes, concealed assets can include cash, consumer property, houses, and interests in partnerships and corporations, as well as lawsuits in which the debtor is a plaintiff. Assets that may be hidden also include the debtor’s books and records.

A bustout is a planned and fraudulent bankruptcy. It can take many different forms, but the basic approach is for an apparently legitimate business to order large quantities of goods on credit, and then dispose of those goods through legitimate or illegitimate channels. Since the point of the bustout scheme is to quickly resell the goods for cash, the fraudster is much more likely to purchase more liquid items like inventory than real estate, insurance policies, or services. The perpetrator then closes shop, absconding with the proceeds and leaving the suppliers unpaid. The debtor might then go into bankruptcy. Often, by this point the debtor has already made false accounting entries or taken other steps to conceal the assets or make the sales look legitimate. Other times, debtors simply flee the jurisdiction or do not show up at the proceedings.
Bustout schemes are planned and perpetrated by individuals before and after the formation of the new business entity. Other characteristics of bustout schemes include:
Some red flags that signal that a bustout scheme might be in process include:
To help prevent this type of bankruptcy fraud, lenders and suppliers should evaluate potential customers carefully prior to extending credit by performing due diligence and obtaining detailed background information. Lenders and suppliers should at times visit their customers’ locations to verify the legitimacy of the businesses.

Multiple filing schemes occur when the same debtor files for bankruptcy several times, using either false information or real information in several different jurisdictions. Generally, debtors will make multiple filings to obtain an automatic stay, which prevents creditors from continuing attempts to collect debts from the petitioner. The automatic stay occurs once the bankruptcy case has been commenced. Usually, in these schemes, the petitions are dismissed for failure to file the required statements or to appear for examination. False statements on petitions are common, including a denial that the debtor has filed any previous petition.

Bankruptcy petitions are sometimes filed using forged documents, and often, the filings are made using stolen identities, usually as part of a larger scheme using an assumed identity. If someone files for bankruptcy using a stolen identity, it can take years to correct the credit records of the person whose identity was stolen. Alternatively, a debtor may file for bankruptcy using a name obtained from obituary notices.

These schemes involve companies that file bankruptcy petitions on behalf of others.
Typically, these entities target low-income and unsuspecting clients, and to obtain cooperation, they might promise to erase the person’s poor credit record or offer some other bogus financial service. Often, in these schemes, the filing entity has held itself out to be a renter’s rights group and has not told the client how it will accomplish what it has promised. And in some cases, the debtor is not even aware of the filing or the effect that a bankruptcy will have on his credit rating.
Additionally, to carry out these schemes, the petition mill might file false documents for debtors with deliberately wrong government identification numbers or other incorrect information. The petitions filed in these schemes often contain numerous false statements.