Initial Response to Suspicions or Allegations of Fraud 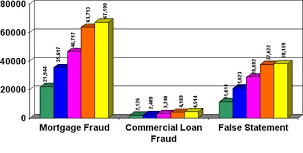 When responding to suspected and detected incidents of fraud, time is critical. Management and fraud examiners must be prepared to address a number of issues in a short amount of time, sometimes under stressful conditions.
Initially, when a suspicion or allegation of fraud arises, management must respond quickly. The failure to act quickly against suspicions of fraud could result in litigation, enhanced penalties, and enforcement actions by government regulators. The appropriate response varies depending on the facts, such as the underlying evidence, who is implicated, how the evidence came about (e.g., internal sources, civil lawsuit, investigation by the government), and so on. But generally, when evidence of fraud arises, management should respond by engaging in the following actions:

When evidence of fraud arises, management must activate the fraud response team—the group of people tasked with responding to incidents of fraud. When activated, the response team should seek to answer the following questions:

Because incidences of fraud are riddled with legal uncertainties, management should consult with internal and possibly external local legal counsel before making any decisions or taking any action concerning the suspected conduct. Typically, the general counsel should be made aware of any significant fraud that might result in legal action.

When evidence of fraud arises, it is generally impossible to know whether the incident will result in an insurance claim, but even so, many insurance policies require timely notice of potential claims. Therefore, an organisation should consider putting its insurer on notice to preserve a potential insurance claim.

When evidence of fraud arises, management should seek to preserve all relevant documents, especially those that an employee might want to hide or destroy. In a fraud investigation context, the term documents typically refers to, but is not limited to, contracts, invoices, correspondence, memoranda, weekly reports, presentations, telephone messages, emails, reports, performance reviews, performance improvement plans, medical records, and other written or recorded material.
When evidence is misplaced, lost, or destroyed, it becomes more difficult to conduct an investigation. Thus, the response team and management must take action to preserve evidence as soon as the decision to investigate is made. There are a number of steps that management should take to preserve relevant documents. For one thing, management should work with legal counsel to issue a litigation hold to notify employees to suspend the destruction of potentially relevant records.
Furthermore, management should suspend the organisation’s record retention policy temporarily to avoid a piece of evidence accidentally being destroyed.
Also, management could lockdown access to emails or digital files that employees might want to conceal or destroy. Digital information can be found in virtually any type of media, and it is more fragile than tangible evidence. Therefore, employees can destroy this type of information if it is not protected properly. Often, when fraudsters become aware of an investigation, they try to destroy evidence in their computers or sabotage other evidence that could be used against them. Accordingly, it is a good idea to have IT personnel involved in this process each time the organisation decides to conduct an investigation.
The failure to preserve documents could have several adverse consequences. First, the failure to preserve documents could result in the government’s questioning of the integrity of any fraud investigation. Second, documents destroyed when litigation is expected, or in progress, might give rise to claims of spoliation of evidence, which, if proven, could lead to monetary fines and sanctions, adverse inference jury instruction sanctions, or dismissal of claims or defences. Spoliation is broadly defined as the act of intentionally or negligently destroying documents relevant to litigation.
In today’s digital environment, digital spoliation is a major concern for organisations involved in litigation. When compared to the spoliation of tangible documents, digital spoliation carries additional risks. Management often lacks sufficient knowledge of the inventory of digital information, and electronic data might only be available for an evanescent time. Additional concerns include business practices designed to free up storage space by deleting digital information and the fact that electronic data can reside in numerous locations, as well as the fact that identifying relevant electronic data within today’s large and complex data systems can be challenging and costly.

Identifying Who Should Be Informed:

Management and the response team should identify whom to inform. Depending on the facts, several departments should be interested in fraud, including legal, human resources, internal audit, security, risk management, and loss prevention or security. When responding to an allegation of fraud, it is important to consider the interests of each of these departments. This is necessary to ensure that designated employees are notified immediately to enable a prompt response. Information about incidences, however, should be shared only on a need-to-know basis.
Human resources (HR) personnel address issues involving unfair treatment, discrimination, harassment, substance abuse, or concerns about corporate policies. Therefore, the HR department should be informed of fraud that affects any such areas.
Both the HR and legal departments should be involved to ensure that the right people receive information in a timely manner. Also, other departments, such as loss prevention and risk management, audit, and security might need to be involved. Although the development of information distribution rules requires the participation of several departments, it is best to have these rules set before investigation protocols are in place.
Another department that needs to be involved is the information technology (IT) department. The IT department might need to be part of an investigation to safeguard data until it can be analysed. IT personnel can also help identify what data are available and where, and they might be able to function as forensic investigators if licensed to do so.
Again, management must restrict access to certain pieces of information on a need-to-know basis.

Conduct an Initial Assessment to Determine the Appropriate Response:

Next, those responsible should gain an understanding of all of the circumstances leading up to the current situation. Often, the context is necessary to determine the best approach to dealing with a tip or suspicion, and it can provide clues that are helpful in other areas.
Efforts to understand the context should seek to obtain the initial facts and circumstances about:

Review Any Applicable Policies and Procedures:

Those involved in the initial assessment must also review any applicable internal controls and organisational policies, including any anti-fraud auditing and testing policies and procedures, to determine the best method and processes for continuing the investigation.

An initial assessment should be a limited, fact-finding analysis, and it should focus on investigating the specific allegation or incident. More specifically, to determine the appropriate response, the assessment should, if possible, seek to answer a number of questions, including:
These questions are important because the response should be proportional to the potential scale of the fraud in terms of its value, frequency, potential damage, the individuals involved, the number of people involved, and so on.
In addition, the decision as to the appropriate response might be influenced by other factors.
As with any business decision, the cost of conducting the investigation must be considered, and management might also consider whether an investigation will interrupt business activity.
Generally, the investigation portion of the initial assessment will involve:

Those responsible should interview key individuals for information about the suspicious conduct and the subject(s). Interviewing individuals with personal knowledge is critical. Also, they should interview witnesses as early as possible because it will limit the harm arising from loss of memory, witnesses becoming unavailable, and inadvertent loss or destruction of key evidence.

Those responsible should review relevant documents and files, which might include personnel files, the organisation’s employee handbook, accounting records, vendor activity reports, budget reports, fixed asset records, expense reimbursements records, leasing documents, rental agreements, payroll records, purchasing requisitions, purchase contracts, inventory records, shipping/receiving reports, emails, telephone records, and so on.
Obtaining and reviewing these documents will assist in understanding the chronology of events and might put the responsible parties on notice as to certain strengths or weaknesses of the investigation.

Document the Reasons for the Decision:

To avoid any real or perceived downplay of the matter’s significance and to avoid any attempts at wilful blindness, those responsible should document their actions and findings.
In addition, management must document its decisions and the reasons behind them. Thus, if management decides against conducting an investigation, it must document the reasons why.
Again, management should document the organisation’s initial response in an incident report log that serves as a record of the organisation’s response efforts. Once a suspicion of fraud arises, the issue should be recorded and detailed in the log. As the issue progresses, the log should be modified and, ultimately, it should contain details of actions taken and conclusions reached.
The incident report log should contain all information relevant to or created during the initial response that is used to support management’s decision making.