-->
You are here: Home / Conspiracy / law / The essential elements to prove a conspiracy to Commit Fraud

The essential elements to prove a conspiracy to Commit Fraud 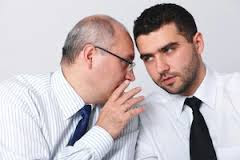 Conspiracy refers to a situation in which two or more people agree to commit an illegal act, and criminal conspiracy statutes punish such agreements. In most jurisdictions, the crime of conspiracy is actually a separate criminal offence from the underlying crime, meaning that the underlying crime (bank fraud, bribery, securities fraud, etc.) and the conspiracy to commit it are two separate offences.
The essential elements that must be shown to prove a conspiracy are as follows:
Under the first element, the government must prove that the defendant reached an agreement or understanding to commit an illegal act with at least one other person. The conspirators must agree about the precise illegal act. Thus, an agreement to defraud the government, without further qualification about the nature of the fraud, is not sufficient to support a conviction under this statute.
The government must also establish that the defendant knew of the conspiracy’s existence and its objective. The government, however, does not have to establish that the defendant knew all the details or objectives of the conspiracy, and they do not have to prove that the defendant knew the identity of all the participants in the conspiracy.
Finally, the purpose of the conspiracy need not be accomplished for a violation to occur, but at least one of the co-conspirators must have carried out at least one overt act in furtherance of the conspiracy. The overt act must be an independent act that comes after the agreement to commit the illegal act and that is performed for the purpose of carrying out the conspiracy’s objective. The overt act, however, need not be criminal and could be as innocuous as making a phone call or writing a letter.
Conspiracy counts are favoured by prosecutors because they provide evidentiary and pleading advantages. If a conspiracy is shown, the acts and statements of one co-conspirator may be admitted into evidence against all, and each co-conspirator may be convicted for the underlying substantive offence (e.g., destroying government property) committed by any one of its members.
A corporation cannot conspire with one of its own employees to commit an offence because the employee and employer are legally viewed as one. A corporation, however, can conspire with other business entities or third parties to violate the statute.

The essential elements to prove a conspiracy to Commit Fraud Unknown 2016-08-29T16:21:00+01:00 5.0 stars based on 35 Review     Conspiracy refers to a situation in which two or more people agree to commit an illegal act, and criminal conspiracy statutes pu...