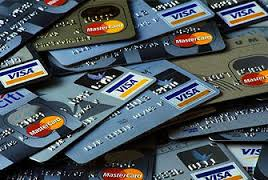 Credit card fraud broadly implies theft and fraud that are committed using a card or any similar payment mechanism. It can simply be defined as "an act of making a purchase using someone else's credit card information." The purpose of the fraud can be to obtain goods without paying for them or to obtain unauthorized funds from an account.
There are many types of card frauds but we can enumerate upon some of them:
Non-Receipt Card Fraud: This type of fraud occurs when a new or a replacement of the original card is sent by the bank through mail and it never reaches the actual recipient. Some of the banks have tackled this problem by setting up a system of sending inactive cards and the respective client has to call back to activate his/her card. But still there are some banks that have not adopted this procedure and send the activated card to their clients.
Personal Card Frauds: This happens when the card user makes purchases and then later claiming that someone else had done it. This results in the owner not paying from his/her pocket as the card is already reported stolen.
Non-Receipt of Goods Purchased: This is one of the many types of credit card frauds that occur when the owner buys some good & services through the card. When he/she receives the statement for same, they call the company and claim denial of ever having received the items. The owner may also claim that he/she never authorized the transaction.
Credit Card Fraud by Employees: This usually happens when the employee is designated as a signatory on the business cards. At times like these, the employee can make personal purchases and have the company pay for it by using the company card. Most of the times this happens with low-priced items so as to escape the notice of the accountants and at times it so happens that the employee does a major fraud and leaves the company before he is caught leaving no trace of his whereabouts.
Stolen Credit Card Frauds: This is the common type of fraud that occurs when one person steals another person's card and uses it to make his/her own purchases in the owner's name. This type of fraud can be done on online transactions too.
Forged Credit Card Fraud: Such a fraud can occur when someone creates a fake card with fake numbers and a fake name and then using it for transactions. As this card is not linked to any real account, the credit card company is not liable to pay for the transactions as there is no info about the user.
Skimming: This type of fraud occurs when there is a theft of card information wherein a merchant or an employee makes a second copy of the owner's card details. Then this copy is sold out to such people who are involved in forgery and make multiple and fake copies of the card.
Thus there are many types of frauds that can take place related to card. There are also penalties for the same and can include monetary punishment as well as imprisonment depending on the gravity of the offence.
.
Article Source: http://EzineArticles.com/expert/Sapna_Kale/719208

Types of Credit Card Frauds Unknown 2016-06-11T17:39:00Z 5.0 stars based on 35 Review     Credit card fraud broadly implies theft and fraud that are committed using a card or any similar payment mechanism. It can simply ...